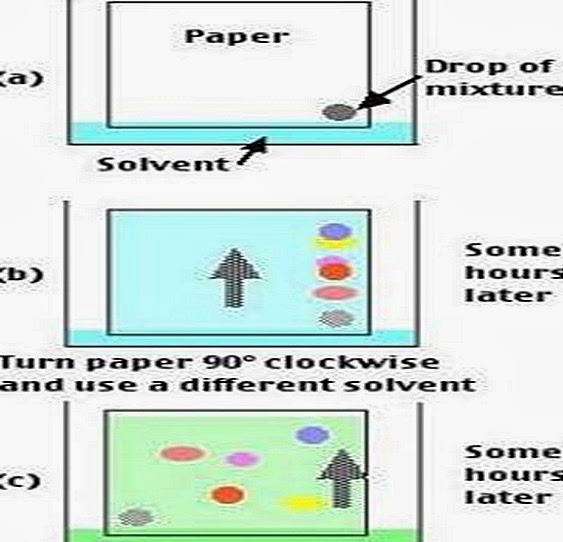 In this method, the spot is employed near one corner area of a rectangular piece of Chromatography paper. Ascending Chromatography is perform in one direction with the solvent passing the usual method. The mixture separates in the vertical (upright)plane. In one dimensional Chromatography, the components A and B are not well separated .The paper is then dried out, all the solvent is removed and the paper is turned through 90°. The developed components of the Chromatogram lie in the horizontal(parallel) plane. The Chromatography is carried out in the second way with a other solvent in which the components of the mixture have different rf value from those observed in first solvent. The second development remove the overlapping of the spots