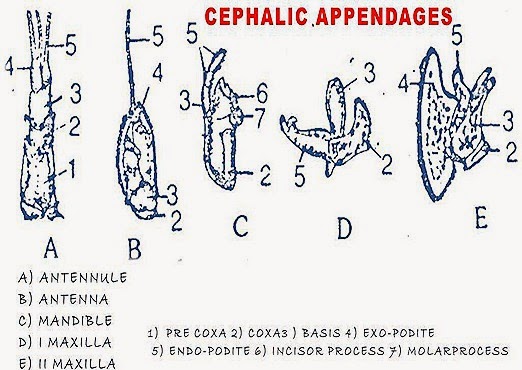 Mandibles: They are present on either side of the mouth.

I Maxilla or Maxillula : The protopodite is 2 lobed. They are called Gnathobases.

It helps in the manipulation of the food.

II Maxillae: The protopodite is fait and is divided into 4 lobes.

III Maxillipede : It looks like a walking leg. It has 3 segmented endopodite.

Thus the appendages of Prawn are helpful in food collection, respiration and locomotion.