Reproductive system consists of gonads and genital ducts. The gonads are the essential reproductive organs. In male the gonads are the 'testes' or 'spermaries' and 'ovaries' in the female. The gonads are mesoder¬mal in origin and develop from a pair of genital ridges of the embryo. The genital ridges are the folds of coelomic epithelium lying on the medial sides of the embryonic kidneys. When fully formed, the gonads hang from the dorsal body wall of the double folds of peritoneum called as 'Mesorchia' in the case of testes and 'mesovaria' in the case of ovaries. The gonads produce sex cells or gametes. They are known as 'spermatozoa or sperms' in the male and 'ova' in the female. The gonads also secrete some important hormones.

The genital or reproductive ducts are developed for transporting the gametes produced by the gonads. These are known as ‘Vasa deferentia'
in the male and 'oviducts' in the female.

There is an intimate relation present between the ureters and genital ducts particularly in the male. Hence the excretory and reproductive systems are collectively reffered as  urinogenital system. 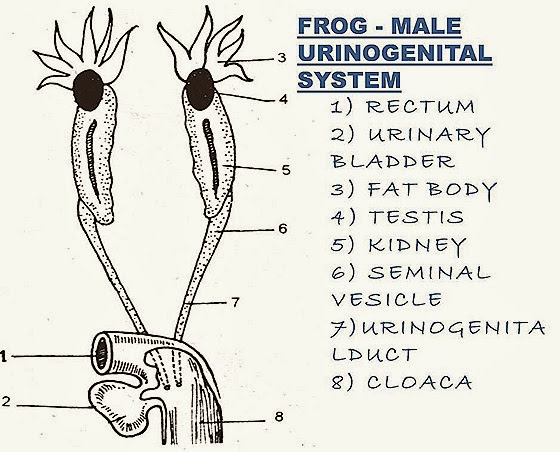 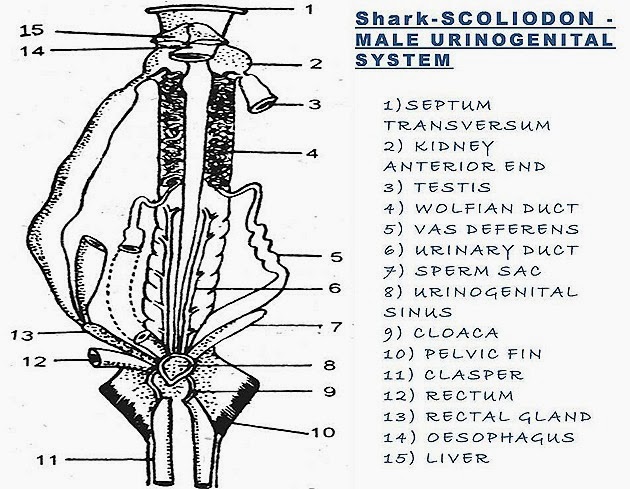 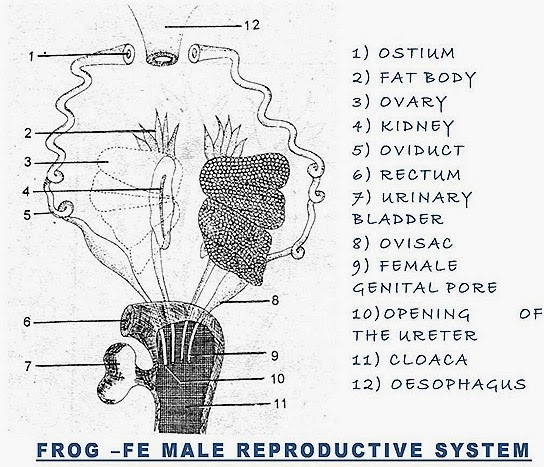 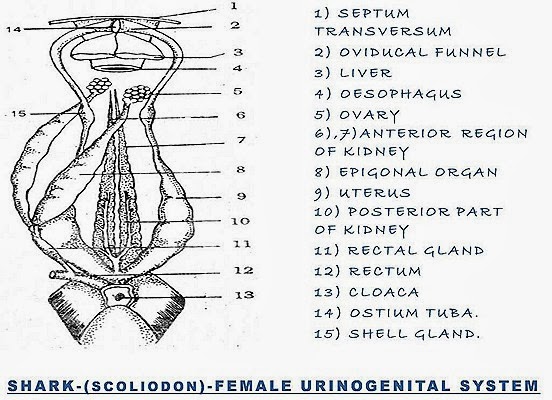