The genes present on the X-chromosome are called sex-linked genes or X-linked genes and the genes occur on Y-chromosome are known as Holandric genes. Holandric genes are present only in males. Certain characters are not sex-linked but are limited to one sex. These are described as sex-limited characters and sex-influenced characters.
One of the earliest known instance of sex-linked character is the Bleeder’s disease-Hemophilia’ found only in males in the royal family of Spain. In 1910, Thomas Hunt Morgan introduced the concept of sex-linked inheritance while working on Drosophila melanogaster. 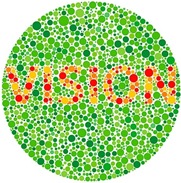 Some persons unable to distinguish certain colours are called color-blind people. The most common one is “Red-green colour blindness It has been described by Homer in 1876. The red blindness is termed as ‘protanopia’and the green blindness as deutaronopia.X-chromosome possesses a normal gene which controls the formation of colour sensitive cells in the retina. Its recessive allele fails to do its job properly and results in colour blindness. These alleles are present on the X-chromosome is evidenced by the examples.