The mechanism of inheritance was discovered even before the discovery of hereditdry material, D.N.A. The way of transmission of characters from one generation to another generation was first demonstrated by Gregor Johann

Mendel in 1 866. He said that every cell of an organism contains two factors for each character. The factors seperate during gametogenesis. Now the Mendel factors are called genes. As the mechanism of inheritance was first discovered by Mendel, he is considered as the father of genetics. He worked on pisum plant for about ‘8’ years from 1856 to 1864. Mendel published his findings in the magazine proceedings of the natural history society of Brunn in 1866. But his findings were unnoticed until his death. But in 1900 the Mendel’s laws were rediscovered independently by Devries, Correns and Tsechermak. Hence these three scientists are considered as rediscoverers of Mendelism or principles of inheritance.

i. As it is suitable for easy cross pollination

ii. As it is a naturally self pollinated plant.

iii. As it isan annual plant.

iv. As it has many contrasting forms. 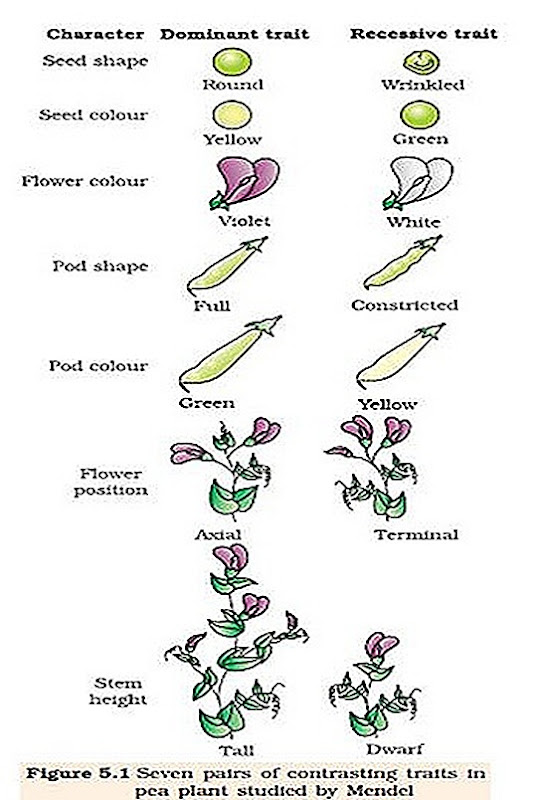 The principles of inheritance or Mendel’s laws are three. They are

i. Principle of dominance

These were deduced by monohybrid and dihybrid crosses.