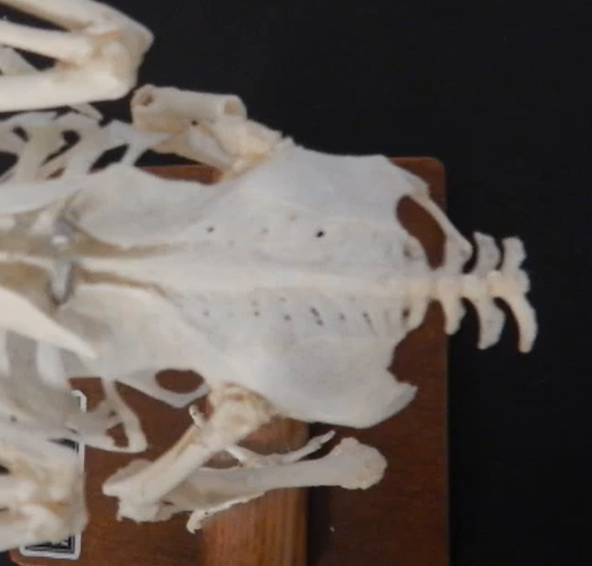 In the birds vertebral column compound structure is present. It is called Synsacrum. It is formed by the fusion of 14 to 16 vertebrae. Those vertebrae are one last thorasic vertebra, Six lumbar vertebrae, two sacral vertebrae and seven candal vertebrae. This structure supports llia of the pelvic girdle.
The lumbar vertebrae will show well developed transverse pro­cess. Their neural spines are fused to form a crest.
The centrum of the sacral vertebrae are fused together and their transverse processes are also united to form bony plates. It will give support to the llia
The last part of the synsacrum is formed by the union of first seven caudal vertebrae. Thecentrum of these vertebrae are laterally compressed. Their transverse processes are divided into dorsal and ventral portions. The dorsal portions of these vertebrae will fuse to form bony plates. The ventral portion is rod like. It is considered as a rib.
All the vertebrae of Synsacrum are completely fused and it is difficult to identify them separately.