Aristotle the father of biology first called the coelenterates as "cnidae" because of their stinging qualities. He considered them as intermediate organisms between plants and animals. In 1723 Peyssonel established their animal nature.

In 1774 "Trembly" described "Hydras" Linnaeus, Lamarck and Cuvier placed coelenterates in animal group Radiata. In 1847 Leuckart Coined the word coelenterata. He included sponges and ctcnophores also in it. In 1888 'Hatshek' divided this coelenterata into three phyla: 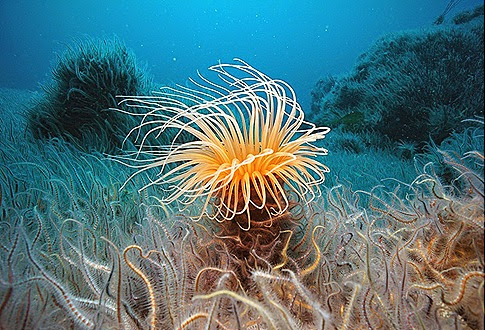 Now-a days cnidaria is considered as the correct name for this phylum. In 1833 "Ehrenberg" coined the name "Anthroza". In 1856 "Huxley" coined the (Haeckel's scyphozoa included present day's Scyphozoans and Anthozoans).

Zoologists who retain cnidaria and ctenophores in the same group they called it phylum coelenterata. They divided the phylum into two subphyla called

The cnidaria are metazoans which bear tentacles. They show radial and biradial symmetry. They developed tissue grade organization. Hence this phylum begins the Eumetazoa group. They do not show definite head. They show primitive diffused nervous system. The important external feature of the cnidaria is the radial symmetry, but in Anthozoa it is modified into biracial symmetry.

Polymorphism is an important aspect of these animals. All these forms are divisible into two main types, 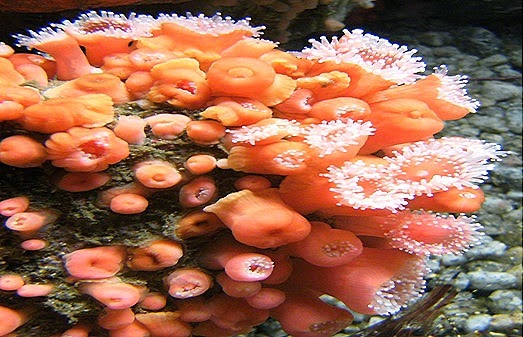 The life cycle of these animals shows alternation of asexual polyp form with the sexual medusoid form. This is called "metagenesis".

The cnidaria are mostly marine and few are freshwater forms. They are well known hydra etc.